The Little 500 is an event that is recognized across the country, but is something I never thought I would have the chance to participate in. I realize this is such a unique opportunity and I want to challenge myself to try something new. I am looking forward to being involved in helping raise money for scholarships for IU students and leaving a legacy once I graduate.

The reason I want to ride is Little 500 is that it is only at IU. Indiana University is rich in tradition. Little 500 Is a huge part of Indiana University's culture and tradition and being a part of it is being a part of IU history. Throughout my years here I have seen many hardworking students that do not have the means to continue school. Being involved in a huge event to help them is extremely rewarding.

Since I was really young, my dad has always been into cycling, and last summer I started riding with him and fell in love with it. I also always have been really interested in Little 500 since I first watched the race during my senior year of high school, but never thought I'd get the chance to race. When I found out Sigma Kappa was forming a team, I knew I had to join. I am so excited to be a part of such a special IU tradition!

I'm from the suburbs of Detroit in a town called Commerce Twp. I bike for the team aspect and getting more involved with the university. I had watched Little 500 last year and knew this was something I wanted to be a part of. It had become a goal of mine for my time here at IU.

The Little 500 has always had a special place in my heart because my late father was a part of the Sigma Nu team who won in 1990. Hearing about the excitement of the race throughout my life made me also want to be a part of something that is so special and unique to Indiana University. I am looking forward to being a part of the first Sigma Kappa team and to leave a legacy for all my future sisters!

Every year, approximately 600 Indiana University students participate in the Men's and Women's Little 500 bicycle races in Bloomington, Indiana. Not only does this iconic Hoosier race offer an incredible leadership opportunity for students racing in and volunteering for the race, but it also generates critical financial support for deserving IU students.

In addition to competing on the track, Little 500 teams also compete off the track as well. Each year, teams raise funds that go directly to Little 500 rider scholarships—this program is for the riders, by the riders. Funds raised in our Cycling for Scholarships program also contribute to the IU Student Foundation’s portion of the For All IU campaign, which will supplement the development of student leaders for years to come.

You can show your support by helping your favorite Little 500 team's Cycling for Scholarships effort, or simply "play the field" by making a gift in honor of all the men and women who will make the 2017 Little 500 weekend another great success.

This year, every team that raises $500+ will be entered into a contest to wear a candy-stripe jersey on race day. Teams will submit an essay or video compilation explaining why they, as a team, ride in the Little 500. Essays and videos will be judged by IUSF philanthropy committee students, and the winning men’s and women’s teams will be announced at our Final Race Briefing on Monday, April 17.

You can make a gift today, or go the extra mile and use the "fundraise for this campaign" button to personally help fundraise for your team. This can provide them with the opportunity to win this year's Cycling for Scholarships competition and have the honor of wearing the first candy stripe jersey on race day. 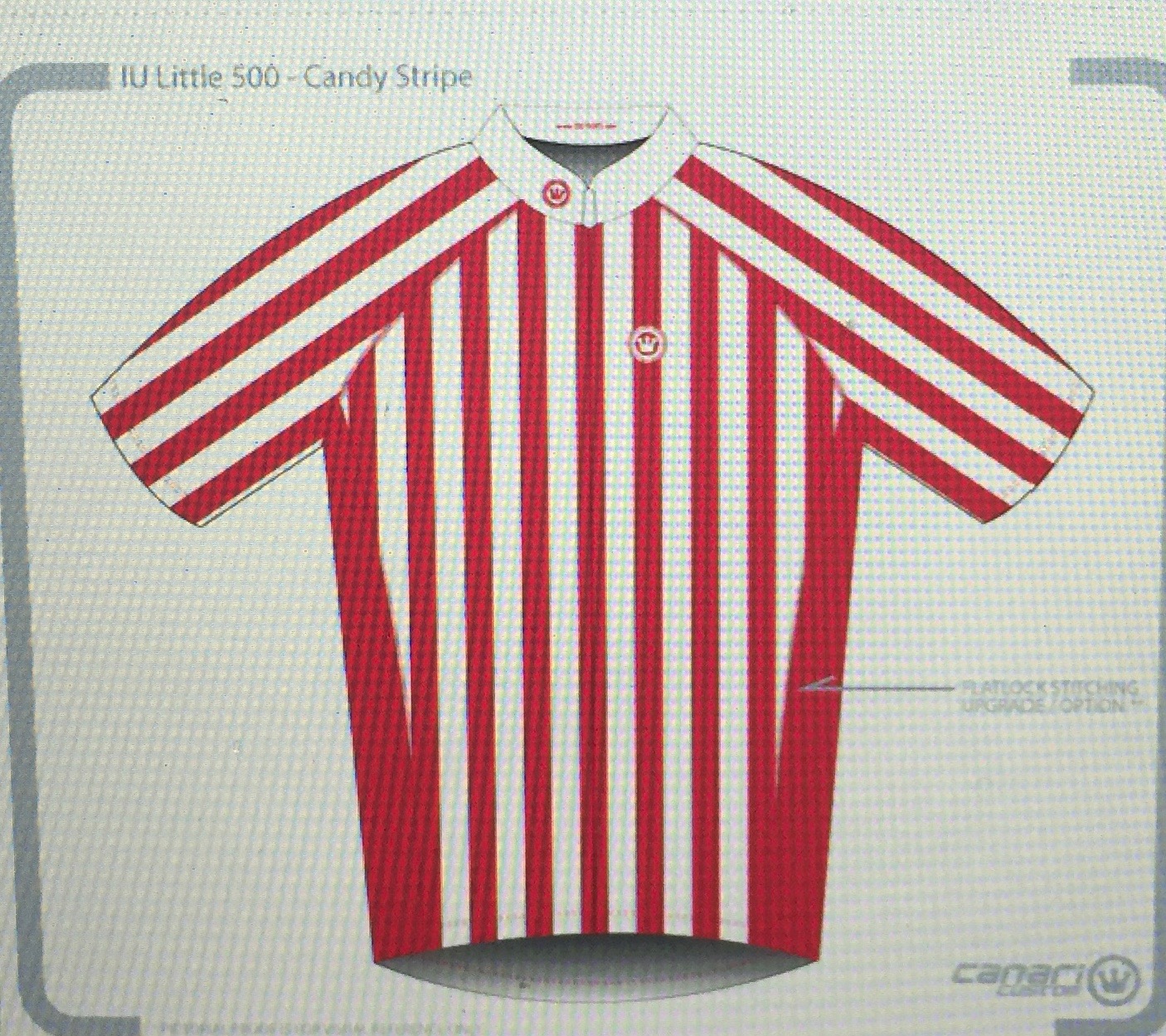 This Campaign needs your support

This Campaign Is Powered By Fundly